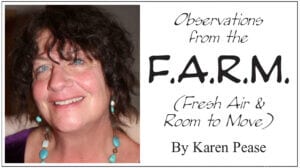 Oh Oh, another rural spring joy in Maine! There are babies everywhere. The wildlife is plentiful, և I really enjoy this year’s crop of the little ones.

In the Camp barn we have a vixen, under the box of which lives three collections. This place belongs to this family of foxes (we are just disturbers who appear once every two weeks) և they do not shy away from seeing themselves. We watch the collections wrestle և sink in the field և as they practice their frost-spring-jump mode on butterflies daring to clover flowers. We are also allowed to watch Mama train her babies, which is fascinating. He has a regular hunting route that takes him by road, around the lake, back to the other side. When he leaves, he interrupts and stops every dozen steps, turning to make sure his trio is still sitting in the depths of the lair. On a rare occasion, when someone boldly chases after him, he quickly nails him to the ground, tying him by the neck for a moment before releasing his stubborn outfit. So, rebuking the boy, he sent him home. In fact, that tail is stuck between his legs, showing due respect for authority. 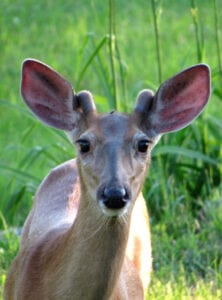 I’m excited to see how our ‘deer’ are coming back. ECONOMY Last year ‘s twins are both male; horns. Their mother finally took this year ‘s baby out to watch, և I call that baby Daisy – at least until next year, when I’ll be able to better determine her sex.

There is also a deer deer in the camp barn. Last night, as I was reading in the lobby, I noticed a movement near the pond. I looked up to see Mama coming out from under the willow and falling into the water, with her speckled baby right behind her. They both swayed in the shallows, filling me with joy as I watched them cool down from the heat and humidity of the day. After leaving the pond, the bear stretched its neck to browse the extremities of Mountain Ash, while Jun Unior was mad in the grass. He ran with tremendous speed four times the width of the lawn, showing incredible grace – a long walk of pure race. This is just a few weeks. Nature is so remarkable.

The wooden cracks return under the goat barn, և a caterpillar takes care of the small, small parrot-like feathers. There is no doubt that I would rather have a babysitter than a parrot. Forgive me for saying that, but cockroaches are all bird owls. Wonder it is possible that any of their offspring survives outside the egg. The mother has no idea how to smell or how to cross the road safely. He stands in the middle of the line, not counting organizational skills. “You! Hurry up. Not you! The other is you. This way Well … so … all of you! Not good, so’s you. You crooked finger! You cross the road until the rest of us reach this ditch, then turn around. Did I understand? Well, then, powers! Cut, cut. I said THIS AY IMMEDIATELY. For Pete, you’s just like your dad. Get your tail here, right now. ” It’s nerve-wracking, it really is. 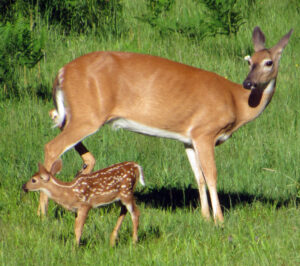 From my window of the house, I watch the turkeys cross the field and the predators pull worms out of the ground. Fiber and swallows have also returned to their nests. I am comforted to know that nature dwellers feel safe in this environment.

In the Camp barn, I saw a crow perched on a pond at the edge of a birch tree, falling down and pulling a crab out of the water. The crow moved the crab to the locust’s trunk, protruding it, leaving one claw և a capsule. Crawdad crops should be plentiful this year as there are blue, green and even red claws along the shore. The accumulated woodpeckers are also in the habitat again, every half a day vendors with a pair of hats stop to shovel some of the shovel. Little do they know about it, but the people of this place are enriching my life.

We have a trio of red squirrels coming out of their nest in Grandpa Maple, getting ready at the entrance to their house, in the backyard, on the bridge. These teens have no sense of fear. I can go out on the street, take pictures of them, talk to them all the time as they stay in place, organize tornado parties. They are adorable և and will remain so until the heat of our fiberglass insulation is discovered in the fall. 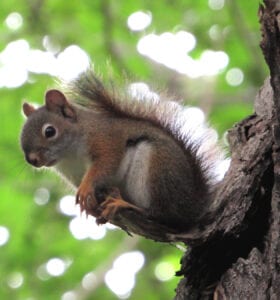 We used to have countless bats living in The FARM, making their presence known at dusk, but they were significantly reduced. I was happy, though, to see Summer Solstice last week, which is also Steven’s birthday. I would be more happy to see the bat waving outside than in our bedroom, but I will take what I can get.

Pease Wees, barking in the wind, crawling on the floor, on the cat every time he jumped into bed, barely raising their heads as the bat fluttered this way and that, just an inch above them. I guess that’s a good thing, because I was already puzzled by the way my husband, in his birthday costume, was hitting a flying mammal with a red towel like a primate. Ole No creature has suffered as a result of this brave confrontation between a human and a beast. When the soft little mixer was covered with a towel, I lifted it and placed it on the other side of the window, where all the brown bats were.

I like to watch nature, և sometimes I wonder if they like to watch us too. It would be interesting to hear how that bat described his human encounter, right? Ole

Karen, whose column has won numerous awards, welcomes your comments և (or) questions Email her to roomtomove@tds.net. Visit his blog, Grumbles and Grins, at karenbesseypease.blogspot.com.